Have you ever wished to be better at lie detection? Wanted to know how to tell if someone is lying or telling the truth?

The first thing to know is that there is no “Pinocchio’s nose.” There is no “one” sign to know that somebody is telling the truth or a lie. There are however certain things that liars statistically do more of than people who are telling the truth. One of the mistakes people often make is to confuse emotion with deceit. So just because you notice somebody looking anxious does not mean they are lying 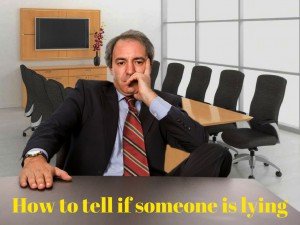 How good are you at lie detection?

Most people can only detect lies with around a 54% accuracy. However with proper training, you can increase your lie detection abilities to around 90%. It is very important to note though, that research has found that when somebody has some basic knowledge of lie detection, they actually lower their ability to accurately detect lies. If you want to be good at lie detection, then you must commit to understanding the science behind it.

Social psychologist Gerald M. Jellison from university of Southern California, in his book, “I’m Sorry, I Didn’t Mean To and Other Lies We Love To Tell,” says that we are lied to as many as 200 times per day. Robert S. Veldman, a University of Massachusetts psychologist, says that people can lie 2-3 times in a 10 minute conversation. He said that women are more likely to lie to make the other person feel good, while men lied more to make themselves look better.

People often think that liars are shifty eyed and avoid eye contact. In fact the opposite is true. Liars tend to keep more eye contact. People in general conversation only keep 30%- 60% of eye contact. This goes some way to explain why around 80% of lies go undetected. It is because people are looking at the wrong clues.

There are 3 reasons, or types of lies, that people tell. Some lies are obviously more serious than others. It is useful to understand why the person may have told a lie.

• Lies for our own benefit. – This includes telling lies so that we come look and sound more successful or innocent.

• Lies for the benefit of ourselves and other people. – This might be like saying no to a second serving of food at a dinner party. You say you are full, but actually you just don’t like the food. You are also lying so that you do not hurt the host’s feelings. Thus the lie serves both you and the other person.

Human lie detection is broken up into 3 basic things.

1) Statement Analysis, which is about the verbal communication when people tell lies. The types of words they use and some other audio clues. How do they use pauses, clear their throat, etc.

2) Facial Expressions, which includes the 7 micro expressions and what happens when people tell lies. Example, somebody might show disgust as they tell a lie. They are physically disgusted at them self for telling the lie.

3) Non-Verbal and Body language cues. This is what people unconsciously do. We leak information through our body language and other non-verbal communication.

For more information and dates for the body language training, simply contact us. 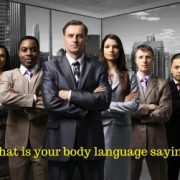