With it being mental health week, you can’t help but notice articles or news story bringing up the subject. It is interesting that there is such a buzz right now. The question is how long it will last before mental health will be forgotten and replaced with the next hot topic. The millions of people who suffer with stress, depression and other issues will fade in the background to suffer in relative silence. Of course there are some wonderful people and organisations doing their bit to keep mental health in the public awareness. Highlighting the impact and potential solutions. One such organisation is the charity “Mind.”

As I was reading more about mental health week, I came across some interesting statistics and stories. Mental illness touches the lives of all types of people; rich and poor. From footballers, celebrities, to the everyday man in the street. Wealth and fame does not make one immune.

Mental health problems in the UK

There is an increasing amount of people who experience high levels of stress, anxiety, depression and other problems. In fact, the Mental Health Foundation interviewed 2290 people to see how they deal with the stress in their lives.

They found that nearly two-thirds of people said that they had experienced a mental health problem. That figure rose to 70% for women, people aged 18-34, and people living alone.
They found that only around 13% of people live with high levels of good mental health.
People over 55 experienced better than average mental health and are also the most likely to take positive action to help themselves deal better with everyday life. More than 40% of people said they had experienced depression. Over 25% of the people interviewed said they have experienced panic attacks. I found it interesting that 3 out of 4 people in the lowest household income bracket experienced mental health problems, whilst only 6 in 10 in the highest household income bracket did. It is not such a huge difference. 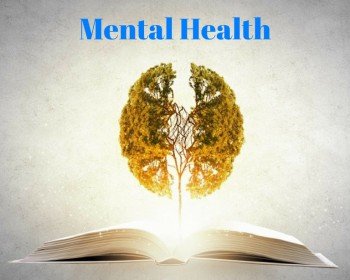 There is daily pressure on us to be the best, keep up with the Jones’s, trying to make ends meet with low incomes and higher monthly expenses. One of the major reasons for relationship issues is finances. Of course then there is also the misuse of alcohol. It is said that 36% of men compared to 28% of women drink when under stress.

Children are being bullied, which leads to disorders like anorexia, bulimia, depression, self-harm and in even worse cases suicide. Unfortunately many of the children who are doing the bullying are insecure in themselves and act out in this way. An example can be as a result of things happening at home. I am dumbfounded to see drunk or drugged-up parents collecting their children from school. One can only feel sorry for those children as well as a result. Of course that is still no excuse for bullying and the impact it has on those children.

Interestingly, a third of young adults turn to alcohol under stress. One wonders where the idea comes from that alcohol is the answer.

There is also an increase of pressure to perform better at school and gain higher marks. Don’t get me wrong, as a life-long learner and student, I believe the right education is important. However children need to learn more skills that are going to help them in their adult and working life. Much of what I learnt at school, I have never used in my life. My real education started after school with practical experience and more specific training.

I must admit I am not a doctor or psychiatrist, so I don’t claim to know all about every mental or other challenge people might be facing. I can tell you however that many of the issues can be overcome and dealt with much easier and faster than they are being dealt with in some cases. Example issues like PTSD and others should not need to take years to overcome.

Example, seasonal affective disorder, which is a recognized mental health disorder and a form of depression. Some people for example, experience SAD during the dark, rainy winter months. (The opposite can also happen.) When the sun is out most people feel happier and more cheery, but during the winter not so much. SAD can have a negative effect on your mood, energy levels and can even lead to symptoms of depression. For some people it feels like they can’t cope with work and other everyday tasks. There is definitely a cure for this.

One of the problems comes when people need help for their disorders. There are some people who realize they need help and they reach out. Others don’t. Some people feel that they do not deserve to be helped and try to go it alone. This can make things even worse for them.

Don’t you find it funny, that we tell people that drugs are bad, yet every time you feel a little under the weather; you go to the doctor to get drugs. I will agree that there are times when medicine is useful and a drug might have its benefits. Example going to the dentist to have a tooth pulled. (Unless of course you can have hypnosis as a natural anesthetic.) Don’t get me wrong. I am not saying all medical practitioners are evil. I just think we are very quick to jump to allopathic medicine as a solution to all problems.

Medicines are simply drugs by another name. What is worse is that they mostly don’t treat the cause, but rather the symptom of the problem. Did you know that there are currently 27 antidepressant and 24 anti-psychotic drugs licensed in the UK. Of course there are also all the psychiatric drugs, sleeping pills and tranquilizers as well. Many of the drugs have even been found to be ineffective and yet they are still prescribed. Not least of which is chemotherapy which has a 2-3% success rate. OK I know we are talking about mental health, not cancer, but it is still shocking. Much medicine works on the placebo effect. So you would have gotten better even without the medicine. (I will explain the placebo and nocebo effects in another article.)

Medicine likes to label things and as such, the patients unconscious minds tends to obey and live to the label. Many symptoms are so wildly misread and identified as something it is not. Example ADHD. (Hey, there is a drug for that too.) In many cases the child, is just not paying attention in the way that the teacher wants. So then the child gets labelled ADHD and given a drug like Ritalin. Again, there are better alternatives to overcome many of these supposed “illnesses.”

Did you know there is even a term to describe a particular side effect of medication. The term is Tardive dyskinesia (TD.) The patient can have involuntary, jerky or slow twisting movements in their face or body. Usually caused by anti-psychotic drugs. TD can have an negative impact on your ability to complete physical activities. This then can be very distressing and socially disabling for the sufferer.

Ways to overcome many illnesses

So I have ranted a little about causes, medicine and the labeling of people. So how can we overcome these problems? As I mentioned before, I am no doctor, however there are some very well-known and basic things one could and should do as a start.

• Teach children that medicine, drugs and alcohol are not the answer. Give them love and motivation. Be a good role model for them as a parent or guardian.
• Mindfulness, hypnosis, coaching, meditation and some other alternative therapies. There is mounting evidence that mindfulness can help with a number of “illnesses.” One study found a reduction of 58% in anxiety levels, 57% reduction in depression levels and a 40% reduction in stress levels in people who completed a mindfulness course.
• Some people find “Art” type therapies help.
• Peer and family support is important. Knowing that you are not alone and that there are people that care about you.
• For some people their religion pulls them through. God is the ultimate healer.
• Everybody knows that you need a good 8 hours per night sleep. Don’t fool yourself in thinking that 4 hours a night is enough. Over time it will have a negative effect on your physical and mental well-being.
• Work or do something that brings you joy and fulfillment. Sometimes people get depressed as they feel their life has no meaning and they are not contributing to something greater then themselves.
• Learn new skills or another language and expand your mind. Learning new skills can help prevent some brain related illnesses.
• Eat healthily. So much of our diets are processed rubbish with very little nutrients. Get your 5 a day. In fact you might need more than 5 a day as nutrients in the foods have also diminished. Eat good sources of protein foods, nuts, seeds, oats and whole grains.
• Consider when and how regularly you eat. Eating late at night before you go to bed will cause you to put on weight and also prevent you from having a good night sleep.
• Watch what you drink. This does not just relate to alcohol. Fizzy drinks, energy drinks or too much caffeine all has negative impact on your health. Nobody is saying don’t have a glass of wine now and then. Just be more conscious of your drinking habits. Many of society’s problems come from over use of alcohol. Just go to A&E on a weekend and notice how many people are drunk or have alcohol related injuries. Also notice how much money gets wasted on booze that could rather have been spent on debts or family activities.
• Get enough exercise. Exercise boosts “good,” cholesterol and decreases unhealthy triglycerides. It helps with weight control and boosts metabolism. It boosts your energy. It boosts a healthy mood and makes you feel happier. Helps you to sleep better and can even boost your sex life. (Which has its own boosting powers.) Boosts your immune system and the list goes on.

Mental health- There is help available

I hope you enjoyed this article and found some use from it. It is just a take on my views about mental health and what we might not always consider.

If you or anybody you know, suffers with any of the issues discussed, then know that there is help available. Feel free to reach out and find if you would like to discuss things further. 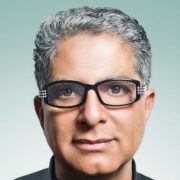