Blog
You are here: Home / Blog / Your Health / Miracle Child

I want to share a remarkable story with you about a miracle child. You may or may not have known that there have been many cases of people who have lived without a brain. This story is about a boy who was born without a cerebellum and the struggle his mom went through. It is told by the boy’s mom who was a student on our hypnosis training.

“It started two weeks before the birth of my second son. I was for the regular checkup. On completion there was a long, awkward silence. It was clear that the gynecologist did not know what to say. He immediately referred me to Kingsbury Hospital in Claremont, where they had the necessary equipment to examine the fetus’ brain.

Arriving at Kingsbury, we found the doctors waiting for me. They could clearly see what was wrong on the monitors. Again the air was filled with silence. The female doctor stood up and excused herself, looking drained. My husband (now ex-husband) and I did not know what was going on as nobody was saying anything. A couple of minutes later the doctor returned with a colleague. They both silently looked at the screen as they moved the scanner over my stomach.

After a while of awkward silence the doctors first words were, “It will be all over very quickly and you will receive the best treatment.” At first I did not understand what she meant, but quickly realized that it was not good news. She then began to explain that my unborn baby’s brain never completely developed and as a result, it would be best to abort it immediately. She repeatedly explained why I will not be able to give birth and if I did, my son would not be able to breathe on his own. She recommended that I abort to save myself emotionally and financially devastation.

My world ground to a halt and I couldn’t even hear what was going on around me. I simply paid and walked out of the hospital. My husband and I could not talk to each other as we disagreed on what to do. He could not believe that I did not want to abort my unborn child, saying only that the doctors were smarter than me and I should listen to them. I decided I was going to give birth to my son and found a doctor who was willing to help. On the 12th of March 2009, my son Indie was born. 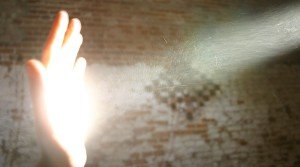 He was immediately rushed to intensive care, where he was put on machines and administered medication that was so strong that it paralyzed my poor baby boy. They immediately did an MR scan and one by one the doctors came and told me that my child will never be “normal”. I still remember the ‘light boxes’ that showed the MR scan like it was yesterday, but I can’t remember everything the doctors said. Probably due to a mix of Morphine and the shock of what was going on. The MR scan very clearly showed only two frontal lobes, with only two ventricles and no cerebellum. There was an empty space where the cerebellum should be. No cerebellum means no motor functions and that my son should not even be able to breath.

All I wanted to do was to hold my beautiful baby in my arms and to breastfeed him. The doctors and sisters repeatedly refused to let me. My son was receiving breast milk via a tube. The Red Cross children’s Hospital, Neuro-surgeons and even doctors from Chicago got involved. Communication between me and the rest of the world did not exist. I just wanted to take my son home. Even my family thought I desperately needed help because I refused to let my son die.

I managed to get myself and my new born out of the hospital. The first thing I did as I got home was to throw all the medication down the drain. I convinced myself that I would just take everything hour by hour and day by day. I just wanted my beautiful child and to care for him as best I could.

He breast fed like a dream! He was the most beautiful baby. Everyone always looked at him funny and waited to hear that something had happened to him. Even as he carried on developing, it was as if people were waiting to hear about the things he could not do, like crawl. I decided to cut myself off from the outside world and my husband and I got divorced. He sued me for custody of my other son since he thought I was an unfit mother, because I did not want to give up on my new born. He even tried to get me declared insane and stopped giving us financial support.

Today, almost 6 years later, I have my beautiful son has never seen a doctor. He has been to the dentist once for a dental check-up. India is the most life loving, intelligent and imaginative child I know. He is very good at maths and reads comfortably on his own. He just wants to learn and can do much more than other children of his age. That is one of the reasons he finds kindergarten very boring. He communicates better with kids who are much older than he is and has made friends with children of 10 or 13 years.

He is also a born gymnast and spends most of his time on our trampoline doing all kinds tricks, including back and front flips. He rides his bicycle without training wheels. Before he was born I dream’t of Indigo and that was where his name, India, comes from. A better and more suitable name I could not have chosen myself. After almost six years now, I now know he is 100% and as a young boy should be. He is like a wonderful magnet people and attracts attention wherever he goes. He is fully bilingual, speaking both English and Afrikaans.

Interestingly his father and the family on his dad’s side have never brought up the subject or mentioned anything about how “normal” Indie is. Only my parents have ever discussed Indie with me and I am OK with that. After all, I have three healthy beautiful boys who are very special to me.”

Here is a case that proves that doctors can get it wrong. A miracle child that was born without a cerebellum and still lives a normal, happy life and is a true miracle to his family.

I am truly honored to have met Danette and to have heard her and her son’s amazing story. Thank you for sharing it with us.

Things to Consider in Business Coaching
Scroll to top