Have you ever thought much about what your non-verbal communication is saying? As humans we rely so much on the words that we use. Yet they only represent about 7% of our communication. That means that the remaining 93% is through our non-verbal communication. This is extremely important as what we are saying with our words may not be the message that other people are receiving. These non-verbal’s are made up of our body language, tonality and ornaments. (Ornaments are things like jewelry, cars etc.)

You’ve heard the saying that, “It is important to make a first impression.” Did you know that professor Frank Bernieri did a study in which he took some of his students and had them do mock job interviews? He filmed 20 minutes of interview per student. He then asked trained evaluators to rate the interviewees. Rating whether they thought the applicants on intelligence, competence, interpersonal warmth, politeness. The video clips then edited down to only the first 20 seconds. Only showing applicants walking into the room, shaking the interviewers hand and taking a seat. He cut off the videos before the interviewees answered any questions. So it was just about the first impression. 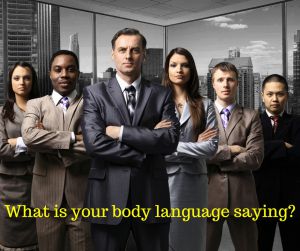 He then showed the 20 second clips to other people to rate the students again on the same qualities that they were rated on initially. The result was that they got the exact same evaluations as from the trained interviewers on the 20 minute interviews.

A receptionist greeting you, is an example of non-verbal’s in effect that might not be immediately obvious. Imagine you walk into a the reception area as a visitor. The receptionist is on the phone and she just lifts a finger to you as if to say wait one moment. Then she just pushes the signing in book over and says sign in. No smile or greeting, continuing on her personal call. What signal does that send?

Non-verbal communication is innate or learned?

It is important to understand there is not necessarily any right or wrong in body language. There are also non-verbals that have different meanings in different cultures. However we will only look at universals for the purpose of the article. The idea is to give you control over your own non-verbal communication. Empowering you to use your body language purposefully and to communicate effectively.

Research has found that babies begin to read facial expressions at 2 days old. Further research found that children begin to use complex hand gestures at 10 months old. They also noted that babies started to imitate their parent’s facial expressions.
What this means is that we have an innate ability to read and use body language, but it is not a skill that is taught or strengthened. Honing our natural intuition in these areas is extremely important and beneficial in all areas of our lives and interactions. Both with ourselves, as well as others.

They found in studying twins that had been raised by different families, that the twins actually exhibited the same types of behaviours. Example, hair flick, voice intonation, hand gestures etc.
A study at the University of British Columbia, studied athletes in the Olympics. They wanted to see if there are universal expressions of pride and defeat. They found that both seeing athletes and athletes that have been blind from birth, exhibited the same body language for pride and defeat. Example lifting of the arms, lifting head to face the sky, for winning a race. Heads down in defeat.

The amount of non-verbal does depend on context. Using non-verbal communication is like adding an additional powerful communication path. You should always consider body language in the context you experienced in. Always pay attention to the environment and context you find yourself in. A person in an interview might act very nervous. This does not mean they are lying. They might be dealing with something personally or very anxious about the interview. Example, they could have had a family member pass away.

Remember that there are some non-verbals that are culturally different. Example making the OK sign means very different things in different countries.

The goal of successful non-verbal communication is consistency and congruence. Meaning that our words, emotions and body language match, so that we are authentic in our communication and interactions.
Studies have found that non-verbal signals are 12-13 times more powerful than the accompanying words.

Avoid the “I know it” trap.

Each non-verbal in itself is only a potential clue as to what you might be noticing. Example, somebody crossing their arms might be perceived as being “closed.” However they might be getting cold. When you notice body language cues it is important to look for clusters of similar patterns. This helps to not focus too much on one cue and miss interpret what you are seeing or make the wrong assumptions.

How can you improve on your body language?

If you would like to work on your own non-verbal communication or for more information about body language, feel free to contact us. 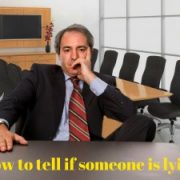