Blog
You are here: Home / Blog / Blog / Perception is Projection

Perception is projection, presupposes that we can only perceive what is already in our consciousness. This comes from a guy called Carl Jung, who was a Swiss psychologist and one of the 3 fathers of psychology, along with Freud and Adler. He said what we perceive is who we are. What we perceive outside ourselves is who we are. That means we can’t perceive anything out side of ourselves that is not us. This is a very important concept that we discuss during the live NLP practitioner training. 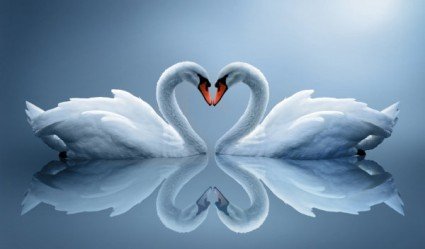 How is Perception is Projection important?

The reason is that when we encounter that projection, then we can become conscious of it and deal with it. When we get the learning’s, then that projection will change. This has an impact on results. Your clients will come to you for whatever change they want and a lot of you getting results will depend on your beliefs and projections inside of you and them.

This has been proven with kids. They took a group of kids and told a teacher that the “special needs” teacher was not available this year and they will have to teach them and just do the best they could. The kids all got around a “C” average. The next year they took the same kids and told another teacher that the kids were gifted and the teacher who should take them was not available. So they would have to teach the kids and that year the kids all got A’s and B’s. So the point of view of the teacher was projected onto the kids and their performance. That is also true about your kids if you have any and it is also true about yourself. Your unconscious mind will perform to the extent that you believe it will perform and to the extent that you believe it will not perform, it won’t.

Not only our Genes make us who we are.

The 25,000 genomes in the human body cannot be responsible for all the variations and differences in people. All the differences cannot be accounted for simply by genetics. In 2002 scientists cloned a cat. Cat 2 has the same genetic makeup as Cat 1. However it had a different fur color. How is it possible that with exactly the same genes, Cat 2 had a different fur color than Cat 1? This shows that there is a lot more regarding the environment and what’s going on in your mind that makes the difference in people.

According to the Hungarian Biologist, Mihaly Csikszentmihalyi, we get bombarded by around 2 million bits of information per second through all out in put channels. (Scientists now say it to be more like 11 million.) He said that we can only process around 134 bits per second. My 134 bits of information is different to yours, because I delete, distort and generalize differently to you based on all my internal filters. (More on this in another post.)

Going back to the 134 bits per second which you choose of the 11 million bits available every second. Imagine if I hand you 134 marbles per second. Now imagine I gave you 11 million marbles at a time. You could not possibly take them all. That’s the amount of information that we miss or leave out of our perception. People cannot be any other way that we project them to be. What it means is it’s impossible for us to perceive something that we are not. So when you look across your spouse and you say, “She looks so magnificent,” then that’s you. If you look across your spouse and you say, “She’s no good,” that’s also you. So whatever you perceive in someone else or something else is your projection.

The grass is not greener on the other side.

Often when people are in situations where they don’t like what’s going on and they run away and hope that in the new place things will be better. The people would be different, but eventually the situation will be very similar, because it is the same projection. Until that projection becomes conscious, meaning when you look outside and realize “what I observed outside of me is just me,” things won’t change. The grass is not greener on the other side. When the projection is unconscious we think it is someone or something else’s fault that things are the way they are. The thing is to realize pretty much everything is you. This is powerful especially when working with clients. To the extent that you have negative emotions about someone or something else, the more likely it would be a projection of yours.

Please feel free to contact us anytime. We are always happy to help. 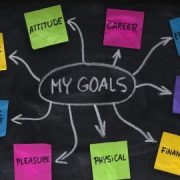 Why do I need coaching 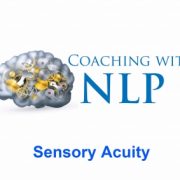 Sensory Acuity in the NLP training 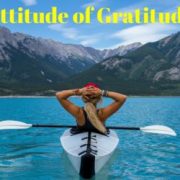 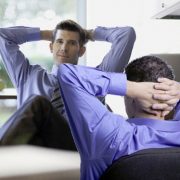 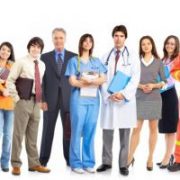 How to become a coach