You are here: Home / PTSD

PTSD or post traumatic stress disorder is most often associated with soldiers or people who have been part of a war. The effects in veterans is well documented and familiar to many of us. There are however many more situations and groups of people where PTSD can occur and it affects men as well as women and children. 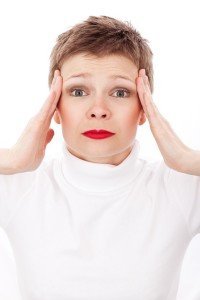 These include military personnel, police, paramedics, people involved in armed robberies, rape victims, other abuse victims and many more. Most people will let go of their traumatic experiences with no need for further help. However for some people the experience can last for years if not their entire lives, which is why post traumatic stress disorder can have such a debilitating effect on people.

Where does PTSD come from?

Post traumatic stress disorder was first examined during the First World War when soldiers developed “Shell shock” due to the awful events and conditions they encountered. PTSD was only officially recognized as a mental health condition in 1980 and included in the Diagnostic and Statistical Manual of Mental Disorders.

Here is a link to Wikipedia and to the NHS with further information about PTSD and its affects.

The reality is that millions of people suffer from PTSD and their lives are negatively affected by it. The fact is that some people who experience a traumatic event will develop PTSD while others won’t. It is as if they simply “shake off the event.”

There are various ways to deal with this disorder, from weighted blankets to medication. At Coaching with NLP we use NLP, hypnosis and Time Line Therapy® to help our clients deal with traumatic experiences and to let go of them.

We have worked with people from various backgrounds, nationalities, races and sexes. Clients from abuse to armed robberies. Although many people have suffered for years with post traumatic stress syndrome, it is possible to get rid of it in a very short amount of time. Many people have found that their PTSD had disappeared after one session and that they could then lead normal happy lives.

For more information on how we may be able to assist, please contact us today. You deserve to live a happy, fulfilled and stress free life.